PostgreSQL is a free and open-source database management system. It’s commonly referred to as an alternative to MySQL or MariaDB.

Are you thinking about using PostgreSQL for your own project? Or are you researching databases to use for a project at work? Are you trying to convince someone else why PostgreSQL is a good choice?

If so, read on to find out why using PostgreSQL is a good idea.

PostgreSQL is a good choice for a database because it’s free, open-source, highly customisable, has regular releases, many useful features for developers, and several companies offer cloud-hosted PostgreSQL databases. 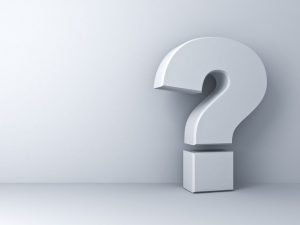 Let’s take a look at many more reasons.

The first thing that many developers think of when they think of PostgreSQL is that it’s a free database. You can download the database management system from the Postgres website and set it up pretty easily, and there’s no need to pay any license fees.

Other free alternative databases are MySQL and MariaDB. However, not all databases are free. Both Oracle and SQL Server are licensed databases, meaning you need to pay to use them commercially.

PostgreSQL is also open-source. This means the source code is available online and can be changed by anyone. It follows a Git source control model, meaning there is a process to ensure it’s not corrupted or broken by anyone.

The advantages of having an open-source database are:

To find out more about how it compares to MySQL, check out this guide.

Runs On Many Operating Systems

This is great as it lets you have a range of server setups and local development environments. Personally, it’s helpful for me as I run a MacBook, which does not natively support Oracle or SQL Server (I run a virtual machine for this, which I’ve written about here).

PostgreSQL includes many data types for working with and storing data.

It supports a range of data types you would expect from a database:

There’s also support for a boolean data type. This is very helpful as we often need to store boolean data in a table. Most other databases don’t support boolean and we have to use an INT(1) or VARCHAR(1) to support this (as I’ve written about here).

There are many more data types available, such as “cidr” for storing IP addresses, “path” for storing coordinates, XML, UUID, circle, and box. For a full list of data types, check out the PostgreSQL documentation here.

Have you ever needed to store a range of data in a database?

Some examples could be:

To support ranges in other databases, this would mean:

However, in PostgreSQL, you can use a feature called “range data types”.

This is a very useful feature, as just about every application I’ve worked on includes some kind of range data.

You can store the values in one column, using one of the predefined data types. For example, the tsrange data type allows for a range of timestamp values.

An example of a table could be:

This will allow you to store a single value that defines the range. You can then perform checks on this value using PostgreSQL-specific syntax.

JSON (JavaScript Object Notation) has been in PostgreSQL for a while. However, since version 9.2 (released in 2012), native JSON has been supported. In version 9.4 (released in 2014), the JSONB data type was added, which greatly improves the indexing ability.

In PostgreSQL, you can define custom data types. If you can’t store what you need using one of the built-in data types, you can create your own.

You can then create a that uses this type, and store data in the column. It’s a similar concept to a nested table or even a separate joined table.

If you want to store your data in the same table and not have to use separate columns or a separate table, then a custom data type can be useful.

According to PostgreSQL, they support 160 of the 179 mandatory features for SQL:2016 core conformance. No other database is fully compliant.

This means it uses a lot of the standard SQL features and making it easy to migrate to and from PostgreSQL if needed. It’s also easy to learn, as you know what to expect when using the SQL standard functions and features.

Window functions in SQL are one of the most underrated and unknown features. They are supported in Oracle, and SQL Server has a partial implementation of them.

PostgreSQL has implemented window functions to allow you to make full use of them.

What are window functions?

They are a set of aggregate functions that allow you to calculate the result of an aggregate over several rows, but still display the details of individual rows.

For example, you could display all student records, their final test score, as well as the average test score for their age or group. This allows for a lot of flexibility in your queries and results and can simplify your application code and SQL code.

Common Table Expressions are a feature that lets you simplify your queries. If you have a large query with subqueries inside it, you can define the subqueries with a name, and use that name in your main query.

This can improve readability and performance.

Custom Languages and Functions Inside the Database

If the built-in functions are not enough, you can create your own.

Oracle has its own procedural language called PL/SQL, and also supports other languages such as Java. SQL Server offers T-SQL.

PostgreSQL also has its own procedural language called Procedural Language PostgreSQL: PL/PGSQL. This works in a similar way to PL/SQL and T-SQL and allows you to write custom functions in the database.

You can also use other languages in PostgreSQL such as Python, Ruby, and R. This is a great feature if you’re familiar with those languages and want to include them.

PostgreSQL offers regular releases of its database. While the database is open source, there are still releases which offer stable versions of the database.

A major release is targeted once per year. Several minor releases are made to the database to fix any bugs or security issues.

Many other databases also have regular releases (Oracle, SQL Server, and MySQL), but not as often as PostgreSQL. That’s another advantage of being free and open source.

A useful feature in PostgreSQL is called “foreign data wrapper”. It lets you create a foreign table which refers to an external PostgreSQL database.

This can be useful if you have two or more PostgreSQL databases and want to use the data in a single database. Rather than exporting and importing data, you can use the Foreign Data Wrapper feature to achieve this, simplifying your code.

The movement to cloud services is a popular one and many companies are doing it. With the rise of Google Cloud, Amazon AWS, and Microsoft Azure, the features and security are improving.

There are many companies that offer cloud-hosted PostgreSQL databases. This makes it easy to set up a database for your application, rather than deploying it on your own server.

There are any extensions available for PostgreSQL, which allow you to easily add on to the existing functionality of the database.

You can create your own extensions to address your own needs or the needs of your team or company.

You can also download community-developed extensions. The PostgreSQL website has a range of them listed here, such as:

PostgreSQL is a great database for any project you’re working on. It’s primarily designed as a relational database, but can be considered for its document storage features as well. It’s free, open-source, has great features and performs well.

2 thoughts on “Why Use PostgreSQL?”